Gathering of the Eagles

Nita and Ricci both had tremendous experiences in the last two weeks further explaining the criticality of the times we are in:

Monday morning, Ricci Wilson had a Divine Appointment with the Lord wherein He shared many things about our future. I will share the details this Thursday but in short: WE MUST HAVE PRESIDENT TRUMP WIN THIS COMING PRESIDENTIAL ELECTION, AND WE MUST HAVE THE DEMOCRATIC PARTY LOSE, OR ELSE WE WILL NO LONGER HAVE OUR NATION.

In 20 years of our prophetic and intercessory ministry, we have never issued a warning like the two we’ve issued this month.

At 3:30 am PST yesterday (July 20th), the Lord released a detailed revelation to Ricci Wilson of the unimaginably encouraging consequences of a Trump Win, and a polar opposite of the diabolically dangerous and tragically depraved consequences of a Biden/Democrat Win this November.

We are standing at the most perilous crossroad for America, for the world and for worldwide Christendom, and the only way to stop the enemy’s plan is fervent prayer and intercession between now and November. We urge you to join us this Thursday, July 23rd at 5:20-7:30 pm PST. We strongly encourage you to invite your praying friends to join us to hear what the Lord has revealed and learn how we should pray in the coming months. The next 3 ½ months are critical.

Whether you are called to be an intercessor for America or an intercessor for another nation or nations, please join us this Thursday. As you will hear this Thursday, what will come out from this November’s US Presidential Election will gravely affect all nations and all Christians on earth, no matter where you and your family or church reside.

We will gather via phone, this Thursday, July 23, 2020 to hear the Word of the Lord for this Nation 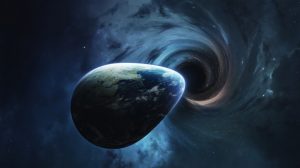 Please honor the purpose of the GOE’s:

To bring intercessors together to intercede on behalf of the Nation. We here at WFJM strive to make every effort to provide a safe environment from which our intercessors can pray freely. Anything (or anyone) that violates purpose, this must be removed.

Click here to View the Victories from the DC GOE

There are no upcoming events at this time.